Among Austin event planners, GoodBuzz Solutions had the delightful opportunity to plan the 2015 Ronald Reagan Gala – Austin’s conservative political event of the year.

We’re so grateful the Travis County Republican Party (TCRP) chose GoodBuzz for their premier event management. We’ve so enjoyed working on this fancy fundraiser the past eight weeks!

“I have worked with Lauren over the past year and she has been our event coordinator for two galas.  Our galas are our primary fundraising events so we need both the right guest speakers and the right guests to maximize our revenue.  The first gala had notable guest speakers and was packed.  We exceeded our fundraising goal.  On this second one she almost doubled the funds raised. I can attest that this is due to her superb ability to coordinate the many aspects of an event and her ability to work with others.  She is a great communicator and can deal with the diverse types of people. She is laser focused, dedicated, and determined to not just get the job done, but get it done right.  Finally, she is amazing at working through any issue or problem as they arise and resolving them quickly and efficiently.  I recommend GoodBuzz Solutions and look forward to Lauren coordinating our next event.”

GoodBuzz Solutions had the pleasure of extending invitations and working with these distinguished guests for the 2015 Ronald Reagan Gala: 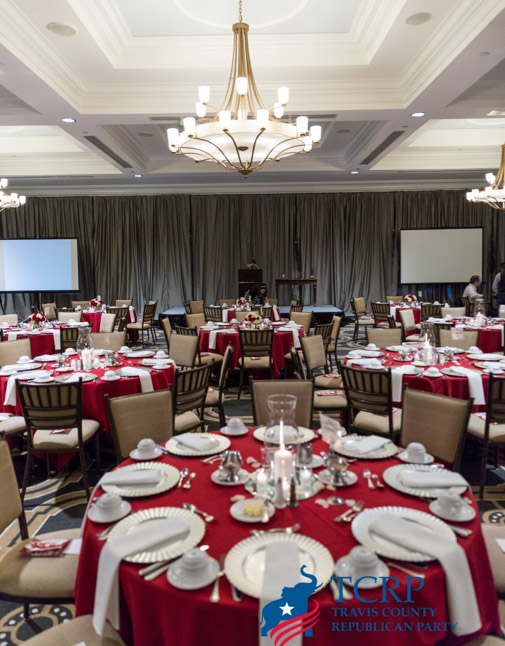 To see additional photos from the event, please click here.

Among Austin marketing firms, GoodBuzz Solutions empowers brands to become more visible by harnessing the best of marketing, communications, and events to achieve their goals. Put your marketing expertise to the test by taking the free GoodBuzz Online Marketing Assessment here. The quiz will evaluate you in seven core areas with 31 questions. Your immediate marketing score will identify your strengths and show you where you can polish your strategy – all for free!